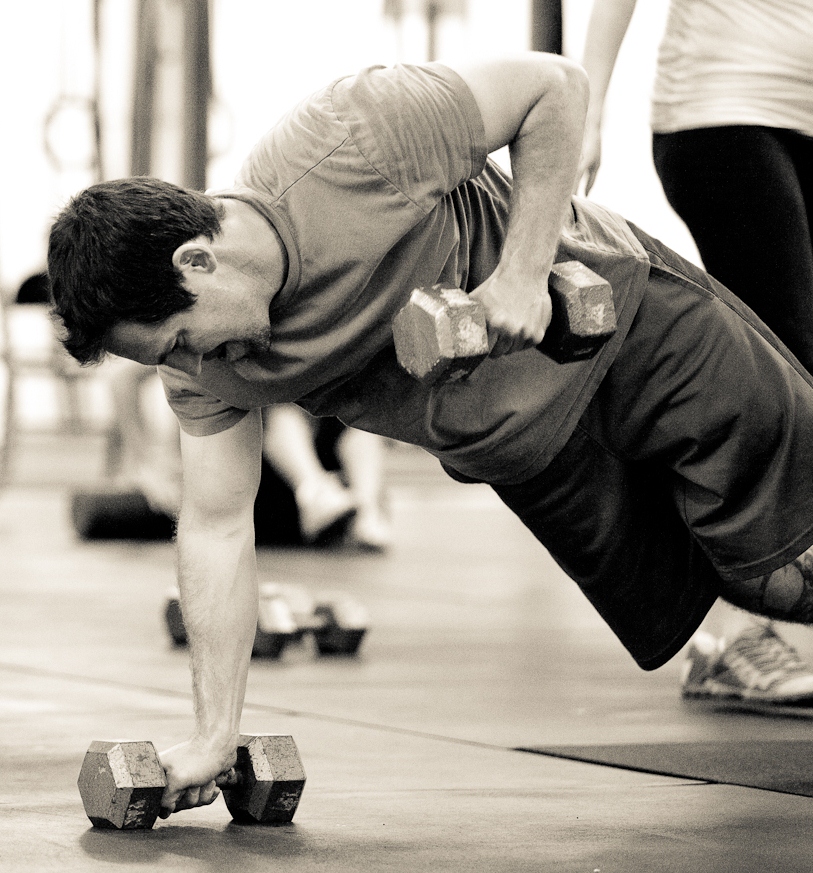 What is a Man Maker?

Part of the crossfit/sealfit/garagefit cult? You’ve probably been performing the man maker until you’re blue in the face for some time now. What about everyone else? This combination movement has become mainstream for good reason– the man maker combines large core movements into a sequential series that taxes all the major muscle groups.

The result? A well designed exercise that sends your heart rate through the roof, maximizes calorie burn during and after exercise (see EPOC), stimulates muscular endurance, and helps develop symmetry by working antagonist muscles.

How to perform the Man Maker

You’ll most likely see several variations of the man maker performed in your gym or in online training articles. The most widely accepted version is the 8-count movement listed below:

The man maker starting position is simply standing with a pair of dumbbells hanging at your sides:

How to implement the Man Maker into your workouts

The man maker series can be added to your workouts as a circuit training station consisting of about 30 – 45 seconds worth of repetitions or as an independent exercise. Keep in mind that the man maker is a full-body exercise, so you’ll most likely want to transition into something like jumping rope or a core station for your circuits while giving your major muscle groups a short break.